St Brigid’s College began when the foundation stone of the original building was laid on the 14th September, 1919, by the Right Reverend Dr D. Foley, Bishop of the Ballarat Diocese. The Parish Priest responsible for the foundation was Very Reverend D. Howell. Of note was the generous donation by Miss Catherine Bennett who was later cared for by the nuns until she passed away. As a young woman she gave her last pound note to a priest collecting for the Missions. From that moment on she never knew poverty as she carefully saved and invested until she had amassed a small fortune much of which was later donated to the school.

Five Brigidine Nuns arrived in Horsham in April 1920, and St Brigid’s College was officially opened in May. Three boys and five girls were enrolled. The first Superior was Mother Stanislaus Tobin and she was principal of the school from 1920-27 and Mother Imelda, BA, Dip. Ed and Mother Antonio, BA also taught with her. Mother Columba was another teacher from the early years who won the admiration of all especially in her charitable works with the poor and the sick.

A teacher who will long be remembered and to whom St Brigid’s owes much include Mother Bernard O’Mahoney, BA, Dip. Ed. (1936-54). She instigated the building of a science room and several classrooms. Mother Bernard is said to have prayed to the Our Lady of Perpetual Succour and on the very feast day of Our Lady the first load of bricks arrived in the convent yard.

Another teacher remembered with gratitude and affection by her many past pupils is Mother Bernandine (1932-57) to whom the school owes much for her tireless and devoted work over so many years.

Mother Claver Tuite, (1924-1968), second from left in image above, originally from Armstrong near Ararat. She has also had a lasting impact on the college for her talented and devoted tuition of both practical and theoretical music. She resigned from teaching duties in 1968 due to ill health and is the first Brigidine nun to be buried in Horsham cemetery. 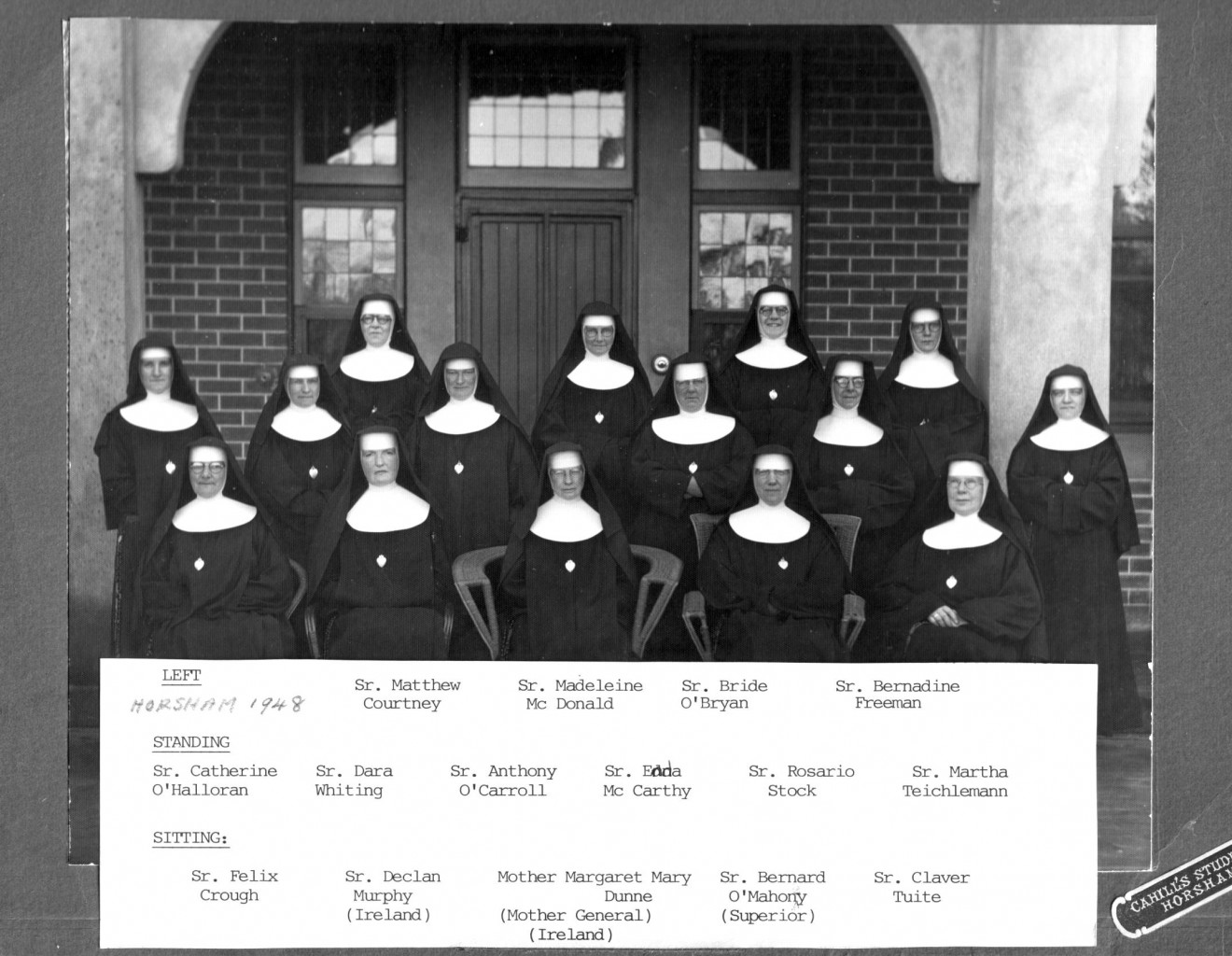 In 1968 the co-educational school of 190 pupils moved to a new site on the corner of Robinson and Hamilton Streets.